A Quick Guide to Ethereum 2.0 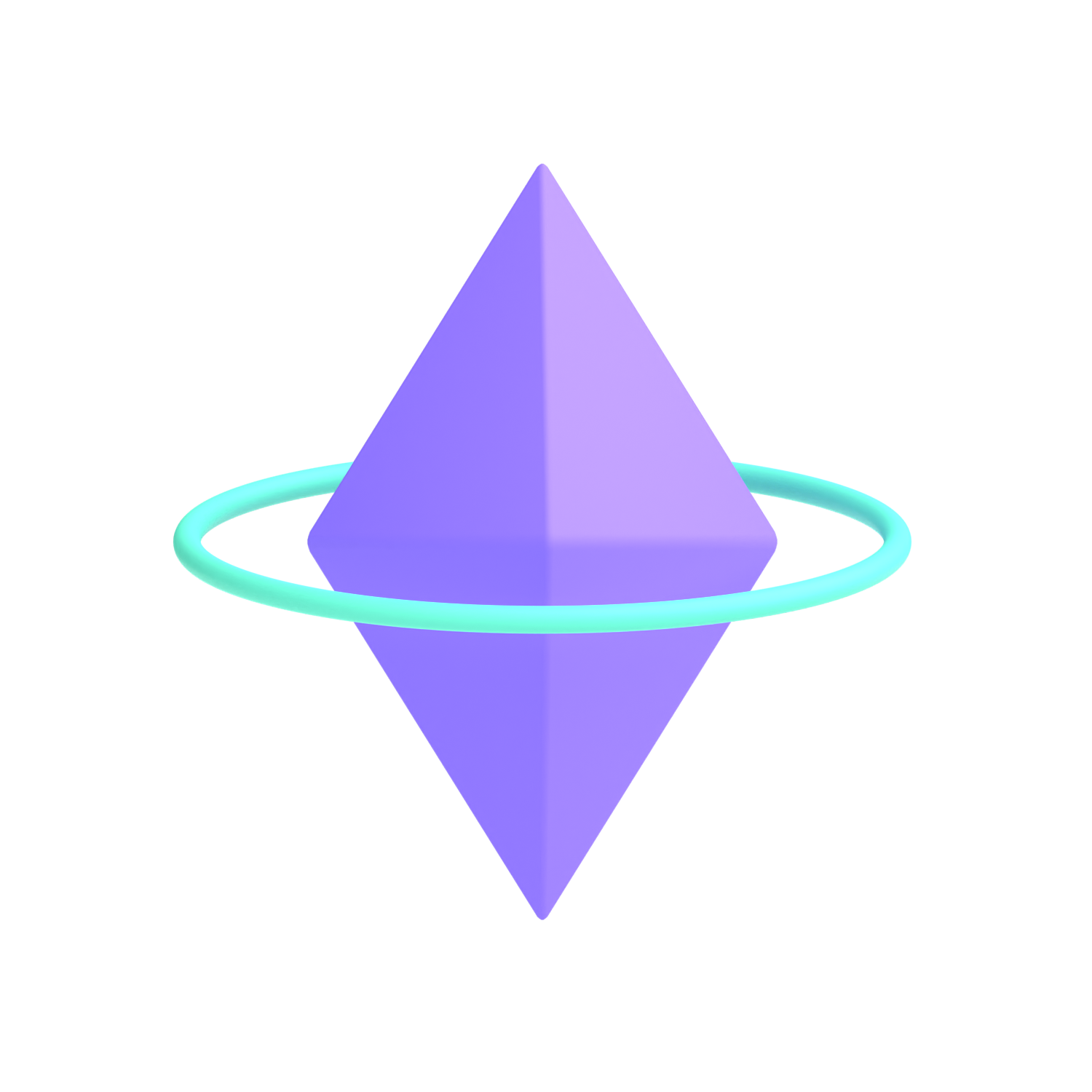 When Vitalik Buterin launched Ethereum in 2015, it was sold as a superior alternative to Bitcoin, and perhaps with good reason. Unlike Bitcoin, which is essentially just a digital monetary system, Ethereum is an entire decentralized platform that can be used to create and run applications. Although Ethereum has its own native cryptocurrency — Ether — the currency is only part of a larger ecosystem, as opposed to being its entire reason for being.

It’s this scope for wider adoption as a blockchain tool that led many to believe that Ethereum would one day surpass Bitcoin as the world’s #1 cryptocurrency.

However, that hasn’t happened.

The Problem with Ethereum

Like all cryptocurrencies, Ethereum transactions need to be validated in a decentralized manner, the blockchain principle relying on accurate consensus as opposed to an assessment made by a central body. However, there are a number of ways in which consensus can be reached, and the method that Ethereum uses — or at least, used — was the Proof-of-Work mechanism, which has a number of inherent problems.

In the Proof-of-Work mechanism (PoS), crypto miners across the world compete with each other to be the first to solve a complex mathematical problem. Whoever solves this problem first earns the right to validate the ledger, create a new block, and earn crypto payment in the process. While that may sound like a complicated way of doing things, it’s an extraordinarily secure way of updating data — hard to hack but easy to verify.

However, this security comes at a price — the computing power used to solve these math problems requires a phenomenal amount of energy. It’s estimated that Ethereum needs nearly 107 TWh of electricity annually in order to function. That’s the amount of power used every year by the entire country of Kazakhstan — or to put it another way, each individual Ethereum transaction uses enough electricity to power an average US home for 9 days.

Admittedly, credit card companies don’t use blockchains — at least not widely and not yet — which gives them a distinct speed advantage. However, if Ethereum wants to compete in the global economic market, it can’t pick and choose its competitors. With the low speed at which Ethereum processes transactions making the network notoriously sluggish and congested, something needed to be done.

Ethereum 2.0 is a substantial upgrade to the original blockchain intended to solve these issues and more. Intended to offer enhanced speed and scalability, the two most fundamental changes to the ecosystem are a switch from a Proof-of-Work to a Proof-of-Stake mechanism, and the introduction of ‘sharding’.

Unlike PoW which relies on crypto miners running racks of GPUs 24 hours a day, Proof-of-Stake (PoS) involves individual members of a crypto network staking their own tokens in order to win the opportunity to validate the next block in the chain. These individual validators are selected by lottery with their chances of winning dependent on how many tokens they’ve staked. The downside to this system is that it potentially places control of the network in the hands of whoever owns the most tokens, however, it’s also much faster and more energy-efficient, removing the need for huge amounts of computing power.

With PoS not only cutting Ethereum’s energy usage by 99.95% but increasing transaction rate performance by 64 times, it should go a long way to removing the bottleneck and energy issues that have plagued the network.

A form of data partitioning that divides blockchains into smaller, more easily manageable parts known as shards, the sharding process speeds up the validation process. Using this system, individuals who have won PoS validation rights — ‘validators’ —don’t have to confirm the veracity of the entire Ethereum blockchain, just a small part of it. With individual validators regularly switched between shards to avoid the possibility of blockchain manipulation, the underlying ‘Beacon Chain’ is used to coordinate the shards built upon it.

In addition to the introduction of PoS and sharding, there are a number of other concepts that may also serve to improve Ethereum’s efficiency. From the introduction of ‘Plasma’, an additional layer in the blockchain designed to handle high transaction volumes, to eWASM, a coding solution designed to optimize the development applications on the Ethereum network, all manner of upgrades are in the pipeline.

And a pipeline Ethereum 2.0 most certainly is.

As upgrades go, Ethereum 2.0 is less a new platform and more a shift in operational outlook — so much so, in fact, that in January 2022, the founders of the blockchain decided to stop calling the new version Ethereum 2.0. Technically Eth1 is now referred to as the ‘execution layer’ with Eth2 being the ‘consensus layer’, however, for the sake of simplicity we’re going to continue referring to it as Ethereum 2.0.

With the full Ethereum upgrade not expected to be firing on all cylinders by 2023, 2.0 has arrived in a number of distinct phases since its announcement in 2020.

Phase 0 saw the launch of the Beacon Chain, the underlying framework that serves as the foundation for all subsequent phases as well as managing the validators who create blocks using the PoS mechanism.

In early 2022, Phase 1 was introduced and consisted primarily of deploying the shard chains. As mentioned, these ‘mini’ blockchains spread the transaction data workload across the entire Ethereum ecosystem, however, it should be noted that this capability won’t be functional until the release of Phases 1.5 and Phase 2.

Phase 1.5 can be thought of as a docking procedure between Ethereum 1.0 and Ethereum 2.0. With this merger of the Ethereum 1.0 mainnet with the Beacon Chain, Ethereum’s original blockchain will serve as one of the 64 shards introduced in the previous phase.

Finally, we’ll have Phase 2 which will see fully-functioning shard interoperability, with the network capable of handling smart contracts. Although Ethereum 2.0 will technically be deemed operational after Phase 1.5, only after Phase 2 will the separate shard chains work together as a mainnet.

The culmination of Ethereum 2.0’s phases should result in a dramatic increase in performance across the entire network, generating speeds of up to 100,000 transactions per second.

Although this speed is largely due to the PoS mechanism, the security concerns that surround the use of this mechanism have been offset by stipulating a minimum number of validators — 16,384 to be precise. With this being a huge increase in the number of validators normally associated with PoS mechanisms, the blockchain will maintain much of the decentralized quality of PoW systems, making it immensely secure.

For those more interested in Ethereum as a financial investment, these upgrades should result in a new surge in the currency’s market price. With reduced transaction fees and increased developer opportunities, the long-term trend in Ethereum’s value should be a continual rise as the platform finally establishes itself as the promised global blockchain solution.

With the full functionality of Ethereum 2.0 yet to be seen, it’s hard to accurately visualize the future quite yet. However, with 2.0 removing Proof of Work entirely from the network in favor of staking, the resultant benefits should have a profound impact on Ethereum’s adoption rate as both a currency and development platform.

Will we see the end of Proof-of-Work as a validation mechanism across the entire blockchain space as a result? Quite possibly. With 18,465 cryptocurrencies all vying for investor attention (as of March 2022), these currencies will be keeping a careful eye on Ethereum’s PoS performance in a bid to make themselves more relevant and attractive.

Vitalik Buterin may have launched Ethereum in a bid to offer a more dynamic blockchain alternative to Bitcoin, however, Ethereum 2.0 may have a much wider impact on the crypto landscape than that. The fact is crypto mining has never been less popular than it is today, and when players the size of Ethereum move, the world has a habit of moving with them.