The Tokenization of Assets and Their Uses 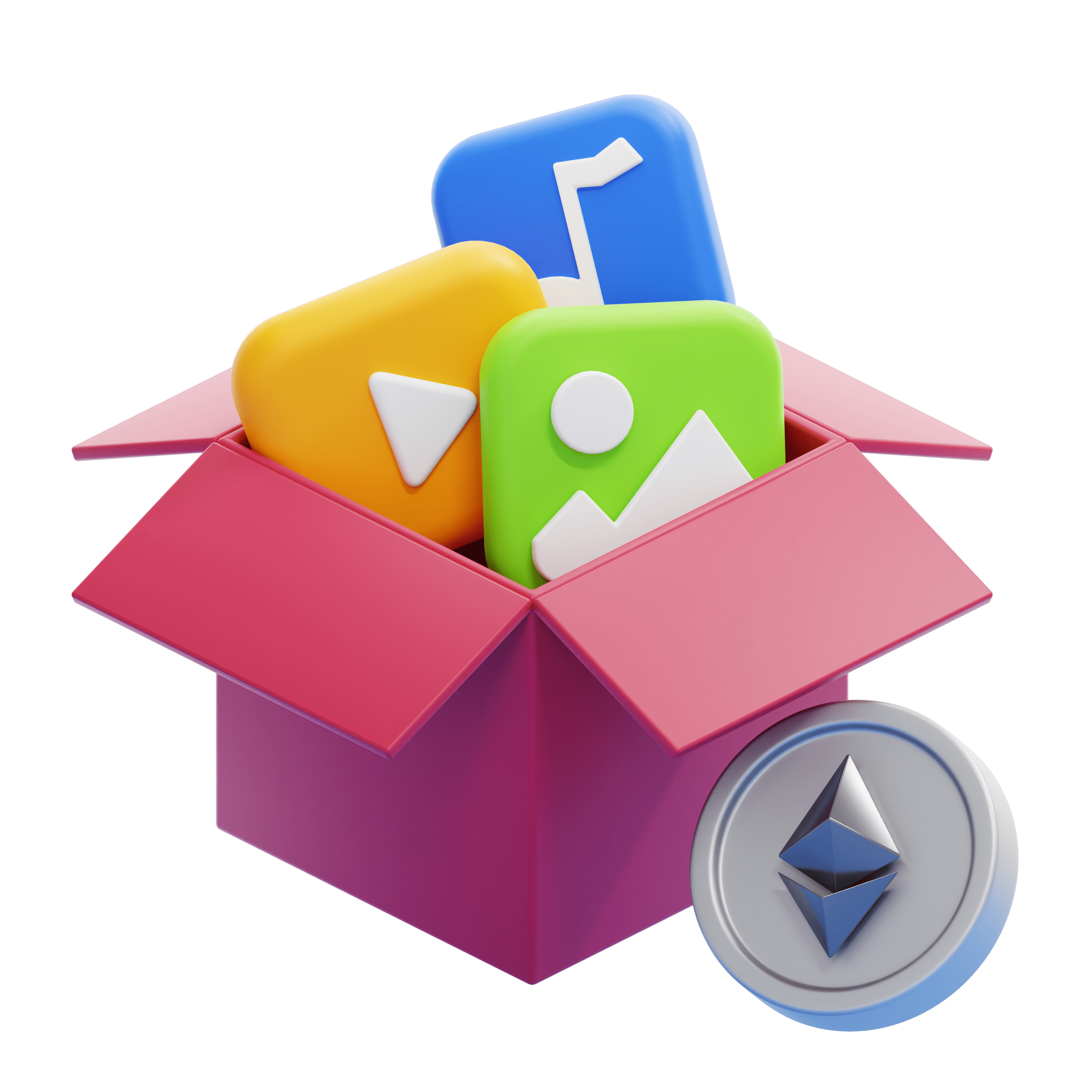 When Bitcoin launched in 2009, it offered the world a new kind of financial asset: the token, a tradeable unit based on blockchain technology. With blockchains essentially being decentralized ledgers, they provide the kind of security and transparency that is ideal for storing value — hence the creation of currencies. However, while blockchains may be an ideal medium for a decentralized monetary system, their potential to change the nature of investment beyond that is profound, to say the least.

From real estate to stock market shares, blockchains are in the process of revolutionizing the way we trade not just digital assets but also physical ones. While this potential may be far from fully realized, you can be sure that ‘tokenization’ is coming to a neighborhood near you in the not-too-distant future.

In simple terms, tokenization is the process of transforming assets — whether they be commodities, real estate, or company shares — into digital representations that can be traded securely on a blockchain without the need for third-party authorities like banks or brokerages.

By removing these third parties from the equation, tokenization creates a borderless, cost-effective network in which investors of all kinds and from all locations can seamlessly trade with each other without having to pay a bank for the privilege to do so.

The Benefits of Tokenization

The conversion of real-world assets into digital equivalents has several fundamental advantages over traditional investment methods. Perhaps the most intriguing to the average investor on the street is…

Since tokens are highly divisible, they offer greater investment opportunities to a wider range of people. Fractionalized ownership allows potential investors who may not have enough funds to buy an asset outright to buy just a part of it instead. For example, if you wanted to expand your real estate portfolio by purchasing a penthouse overlooking Central Park, you could purchase a token that grants you partial ownership. This allows you to share in the property’s appreciation and rental income without having to raise millions of dollars to do so. When a property’s ownership rights are digitized into multiple tokens, you can buy as many or as few as you like across as many different properties as you choose, with your tokens providing indisputable proof of your ownership.

The smart contracts that serve as the foundation of tokens speed up transaction processes dramatically. With digital signatures and blockchain algorithms replacing traditional paperwork and manual data entries, the time it takes for a buyer to purchase a house is reduced to days, while other commodities, like company shares, can be purchased in a matter of minutes. What’s more, with all transactions being immutably stored on the blockchain, this increased transaction speed comes at no cost to security or accuracy.

Converting real-world assets into digital tokens creates a much healthier and more liquid trading environment. Certain investments aren’t inherently liquid by nature — fine art, for example. If you own a Van Gogh, while it might be a solid investment, it’s not that easy to sell at a moment’s notice if you need the cash (at least, not without losing a small fortune in the process). However, thanks to tokenization, a Van Gogh’s ownership rights can be split into multiple units that are easier to trade and enhance the value of the underlying asset in the process.

While a token may hold an immutable record of ownership, it also contains all data regarding the owner’s rights and legal responsibilities. This allows for far greater transparency when it comes to transactions, as you’ll have a clearer picture of the person you’re trading with and both parties’ legal rights, plus a comprehensive record of people who have previously owned the token.

With tokenization removing the number of intermediaries involved in transactions, the entire process becomes simpler and cheaper. With the blockchain itself serving as the ‘source or truth’ when it comes to transaction data, we no longer need the seemingly ever-expanding list of brokers, agents, registrars, and custodians that have traditionally held the keys to the marketplace. What’s more, with these intermediaries removed, tokenization increases security, as there a fewer points where the storage and exchange of data can be compromised.

With all these features suggesting that widespread tokenization can’t arrive a day too soon, the question is: what’s standing in its way?

The Challenges of Tokenization

One of the prime advantages that blockchains have is that they can exist and trade without the need for a central governing body. However, while that may be fine for cryptocurrencies, tokens that represent real-world assets automatically fall under the governance of regulatory authorities — and unfortunately, there is currently no globally recognized agreement through which regulations can be applied to these real-world asset tokens.

This presents a profound problem for borderless transactions. How can a token representing the ownership of a property be freely transferred to a buyer from another country where a different set of regulations are in effect?

One only has to look at how long it takes for European Union (EU) member states to agree on even the smallest of trade regulations to understand the scale of the problem. While the EU does have a progressive approach to blockchains, its focus is very much on cryptocurrencies, as opposed to the digitization of real-world assets.

When it comes to the US, the situation isn’t much better. Although the Securities and Exchanges Commission (SEC) is supportive of tokenization, it supports it only within the current regulatory rules. As a result, tokenization is set to be a lengthy and arduous process. What’s more, with the many factions that stand to lose from tokenization — banks, brokers, agents, etc. — carrying considerable weight in the political arena, they’re unlikely to make it any easier.

Then, there’s the issue of trust. While blockchains may be highly secure ways of storing data, we need to be sure that the data being stored is correct in the first place. When it comes to tokenization, a buyer needs to know that the token being purchased actually represents a real-world asset. Bearing in mind that the issuer of a token is unlikely to be a regulated financial institution, this raises questions of trust, valid documentation, and how it all might play out in court.

For all the democratization that blockchains bring to financial markets, it may very well turn out that recognized financial institutions end up being the prime sellers of tokens, offering their reputation alongside guarantees that any token sold equates to the real-world asset it purports to represent.

Regulations and trust issues aside, another bump in the tokenization road is the absence of infrastructure. It’s one thing to say that you’re going to digitally transform a real-world asset, but actually achieving that in practice is no easy feat. When you consider that the current IT systems used in financial markets are unable to interact with smart contracts, it’s another substantial hindrance to adoption.

So Where Does That Leave Us?

While global consensus may take some time to arrive, tokenization still offers profound real-world benefits in the meantime. Certainly, when it comes to data protection, the ability of a token to carry sensitive data in a nonsensitive format makes it a hugely desirable technology for businesses and individuals alike.

With tokens containing randomly generated numbers that have no correlation to the underlying data they represent, they’re impossible to hack. As a result, the tokenization of personal and customer data enhances security in any number of industries, reducing the possibility of cyber-attacks and data breaches. From protected health information and credit card numbers to banking information and social security numbers, tokenization has proven itself a welcome addition to encryption, which has a number of vulnerabilities when used on its own.

It wasn’t so long ago that investors communicated with their brokers and banks via phone calls. During the advent of the internet, the situation changed dramatically, with a wider range of investors gaining up-to-the-minute market data 24/7 on whatever device they happened to be carrying. Tokenization will represent the next evolutionary leap.

While there may be substantial issues hindering the wider adoption of tokenization as a financial model, the benefits that arise from enhanced security, increased access to investment opportunities, and reduced costs mean there’s a very definite and lucrative goal on the horizon. That’s the one thing you can bank on — if there’s money to be made through tokenization, you can be sure we’ll get there as soon as humanly possible.